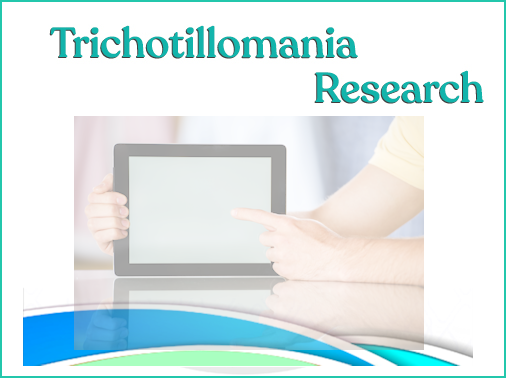 Research into trichotillomania, hair pulling, compulsive skin picking, OCDs, etc. is challenging for a number of reasons.  Regulations are different in different countries, and obtaining large enough groups of participants can be problematic.

Individuals have different levels of neuro-biochemistry, on-board bacterium, diet and lifestyle, so standard treatment programs without a primary carer do not work for many.

Researchers have studied specific nutritional supplements to prevent skin picking and hair pulling. Specific supplements include NAC (N-acetylcysteine), magnesium and glutathione, all of which show some improvement in BFRBs.

The role of enhanced emotion in trichotillomania is evident in certain brain areas, and the reward centre of the brain reveals a connection with dopamine. An MRI-based human study by Grachev investigated only twenty right-handed females aged 28-30, ten were tricsters while ten were not. Two areas of the neocortex were significantly reduced in volume, but there was no overall loss of volume, indicating that the tricsters’ brains may have developed differently, possibly in a compensatory manner. Additional studies have also revealed increased grey matter in the amygdale hippocampus area of the brain, which plays a vast role in emotional processing (Aldridge et al, 1993).

If you are interested in carrying out a research project and would like any help or involvement from us; please contact us. We are always happy to help improve knowledge of trichotillomania in any way we can.