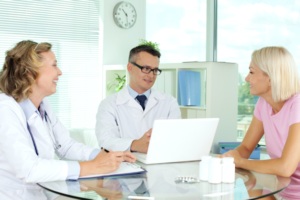 Trichotillomania can be similar to a stim or a tic, we therefore affectionately refer to it as tric (pronounced trick). We also prefer to call it a condition rather than a disorder, because our members are, in the main, kind, sensitive and understanding.

Most people with tric do not have visible bald patches, and would not “stick out” in a crowd. Statistically, there is one person with trichotillomania is every class of 50 people; in fact most people pick at their skin or pull on their hair in the normal course of life, but taken to extremes, hair pulling is known as trichotillomania.

For some, hair pulling is an unconscious or subconscious condition while for others there is an urge to pull. Both conditions apply to most people with tric.

The DSM5 states that trichotillomania (hair pullling) is commonly:

Recurrent pulling out of one’s hair, resulting in hair loss.

The hair pulling causes clinically significant distress or impairment in social, occupational, or other important areas of functioning.

The hair pulling or hair loss is not attributable to another medical condition (e.g., a dermatological condition).

Our experience with British Tricsters has been that social distress often preceeds and is a related cause of pulling, while most people who have presented for our trichotillomania treatment in the USA have shown less signs of social problems before pulling began.