We can help with all negative behaviors, just ask us.

Recovery is not just a pipedream; we did it to help YOU.  Our only regret is too few let us!  This is your moment.

There are many theories about triggers and causes of hair pulling. There is increasing empirical evidence to support  a Trichotillomania gene.  Likewise, it is probable that some people carry a gene which leads to low impulse control. It is also commonly thought that hair pulling can result from trying to gain control over some part of our lives. Among the many theories, some state that all impulse control disorders are connected with loss.

It is estimated that 50% of behaviour could be down to the lottery of variation in genes. We inherit a bundle of genes, some of which probably contribute to a tendency to over or under groom. They may also play a protective role, so there is no need for self-blame. The distribution and variation of genes are pretty much unique to each individual. We can modify certain factors within our environment and lifestyle, but to understand that actually there is a real biodiversity underlying such behaviours, is a massive leap in our knowledge.

Certain life events may affect or increase the likelihood of a person developing tric. These include stress incurred by the mother during pregnancy or child-bearing, fetal distress, and use of forceps during the person’s birth. Some individuals may develop trichotillomania following strep infections. Note that while these factors may increase or trigger onset of tric, it would be wrong to assume they are the cause.

High levels of dopamine activity have been implicated and other neurotransmitters believed to play a role are glutamate, GABA, serotonin and norepinephrine.

Genes have hardly evolved in millennia, so alone they don’t explain why tric occurrences seem to be escalating, further research is needed, and we have as much, or more, information to gather from lifestyle and environment.

Chief coach at Trichotillomania Support, Neo, says “I have noticed many different causes of hair pulling in my 20 or so years helping people to stop picking. In the early days we used to think it was trauma induced, but nowadays we see many more children with BFRBs, which can help us draw more conclusions. Today I believe that lots of people carry the gene, yet it often remains dormant, meaning the carrier will not pick. I believe the gene can be triggered by a combination of experiences. On the other hand I have also treated babies with trichotillomania who have absolutely loving parents and have not experienced any trauma, or had any infections such as strep throat, so these cases, I would say, were purely genetic”.

Research projects can help to shed more light on trichotillomania and treatment possibilities. 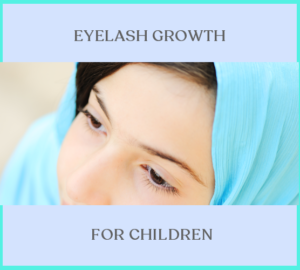